Skip to content
THEE Tea
Share a conversation
2
This website contains affiliate links and sponsorships in which we receive commissions and payment. As an Amazon Associate, we earn from qualifying purchases. 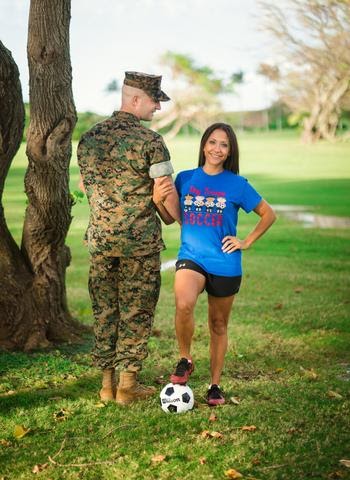 Okay, so promise me you won’t tell my husband this because I’ve denied it for ten years now (and will probably take it to my grave!).

I was the Program Director for the Boys and Girls Club of Danville, Illinois. We had a table at the job fair that was held at the community college. It was my co-worker’s turn to represent the company that day, so I was back at the office. After a couple of hours, I received a phone call from her in which she said, “There’s a hot Marine here – you should come!”

Although I wasn’t dressed for meeting “the one”, I didn’t have much work to do, so I headed to the job fair. Of course I took extra brochures to look as if there were actually a reason for me going. (That is the part you are sworn to secrecy over – we still argue this “fact”!) 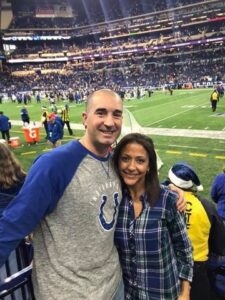 Once I arrived, sure enough, at the table next to ours was a handsome Marine in his dress blues.

Cue the cliché of “every woman loves a man in uniform” because I would be willing to bet there were more females at his booth who were interested in some P.T. than were interested in actually joining the Marine Corps (if you know what I mean!). I guess I have to consider myself in that group because soon we were chatting in between advertising for our businesses.

Eventually it was time for me to go and he happened to be chatting with someone at the time. I left my phone number on a piece of paper for my co-worker to give to him.

Later that night, I received a text that read, “Hi Amy, this is Brandun, the Marine from the job fair. How are you?”

Needless to say, I still love getting texts from Brandun Marine (his actual contact name in my phone!). 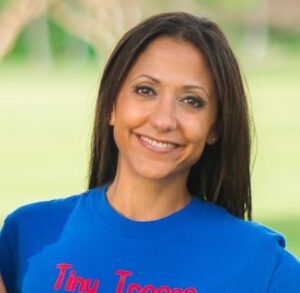 Amy is a Marine Corps spouse of almost ten years, mom to three boys, and the Owner and Director of Tiny Troops Soccer® (a developmental program for ages 1-5 near 35+ bases). She is a fitness fanatic, with American Council on Exercise certifications in Group Exercise, Youth Sports, and Behavior Change. She loves playing soccer (in over 30’s leagues!), exploring the beautiful landscape of her current duty station in North Carolina, and is a strong advocate for military spouse employment.

Guest Writer
Guest writers for Milspouse Conversations are individuals who have a story, tips or advice to share. If you want to submit a guest article please contact us at: talktous@milspousconversations.com

Latest posts by Guest Writer (see all)
Share a conversation
2